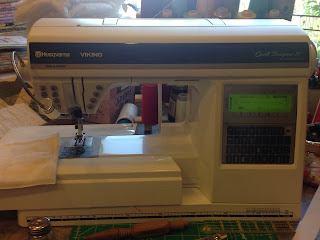 This has been the most disappointment of all my machines that I have owned in the past and currently.  After buying it, Husqvarna, decided to stop making the embroidery cards, so the only ones to fit the machine became rare and very expensive.  Then the foot pedal is made of a thin plastic that cracked in half and couldn't be used any more.  I did a work around patch using a rubber band to hold it together, but the rubber would wear thin and break and then I was without being able to sew.  Looked into replacing the foot, and once again found out that Husqvarna quit making parts also, so finding a foot is almost impossible, and when I say almost impossible, when I did finally find one, the price was almost $300.00!  So, my over priced sewing machine/embroidery machine is either a show piece or a paper weight.  I finally packed it up and put it away.  I might pull it out if I need or want to do some embroidery work, but I would guess it will stay in it's case and will never see the lights of day. 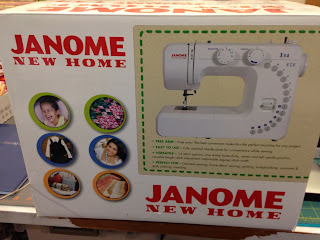 This Janome New Home Model 134 machine was a special buy at Hancock's during the pre Christmas sale one year.  I is a machine that originally cost around $200, and they had them on sale for one day only for $69.  So I went ahead and bought it and it is still sitting in the box.  I thought ti could always be a back up for my POS machine Designer II.  But by now I have discovered vintage machines, and I probably leave it in the box until I get a granddaughter someday.  (probably never)

This is a Husqvarna Viking 990 electronic multiple stitch machine.  Dark blue in color, different from any other I have ever seen.

My husband named this machine, because at the time, it was the only machine I owned and it sewed through anything.  He bought it for me for our wedding day to give me, and I put 30 years of sewing in about 12 years.  It still sews like a work horse, but it sounds like a trashing tractor.  It was one of the last well built machines that Husqvarna made.

It now sits on my cutting table, and I use it for quilting small to medium sized projects. 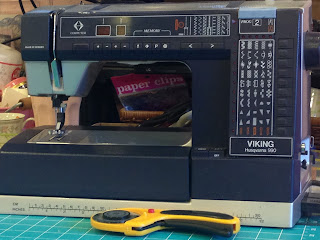 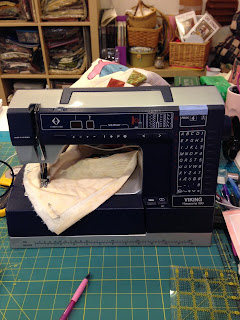 Meet Buick, named because my Dad said it looked like his first car, a turquoise Buick.

Buick is a Class 15 sewing machine made by the White Sewing Company, Model 263. 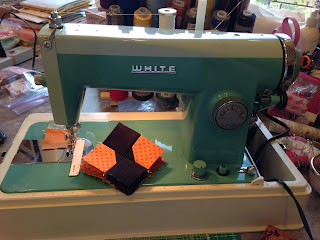 This is a Singer Model 500A

I named her Star because rockets shoot to the stars. 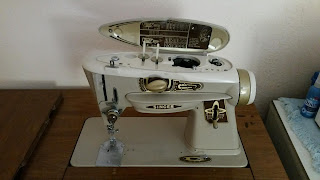 This is the cabinet before my dad finished it for me. 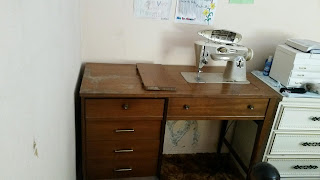 And this is the cabinet after it was refinished and replaced hardware. 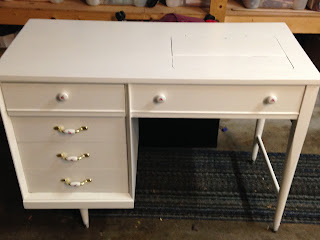 This is my un-named (yet) featherweight.  This machine is a class 66 sewing machine. 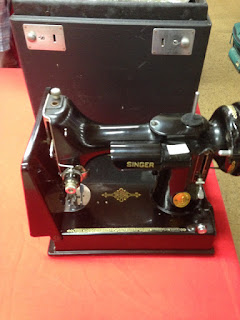 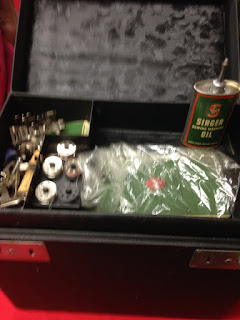 My dearest husband found this one for me!  Haven't named her yet, either. 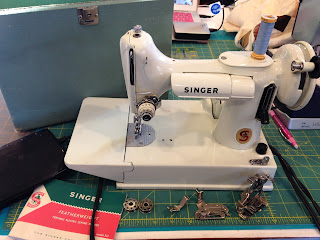 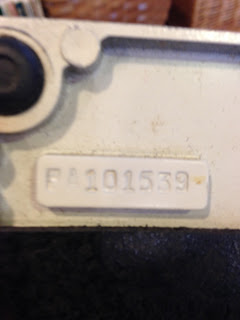 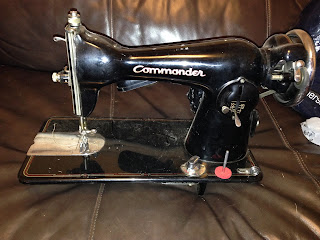 Made in Canada.  It is a class 15 sewing machine.  This was my Grandmother's on my Dad's side of the family.  It is in really rough condition, dirty, electrical cord is worn through, and who knows what else.  This machine traveled through every state west of the Mississippi sometime during the 50's.   Story goes that my Grandma made a pair of curtains once and fixed her boy's clothes a few time and that was all she did.  So this has sat and been though dust and many moves.  Even I have moved it about 12 times since I acquired it back in the 70's.  Unfortunately, I have not plugged her in or even know if she still works.  I will put this task on my to do list for the future. 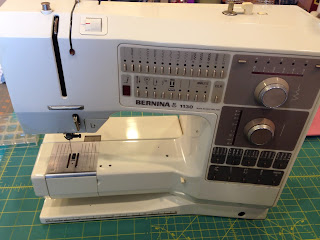 This machine belonged to my friend's mother who sewed anything and everything on it, so I imagine it is well used, but Bernina are well built machines, especially the older ones.  I am hoping it has some good use left in it.

When her mother died, she did not want to just throw out this machine, and since I sewed a lot for her and her daughter, she asked if I would like to have it, and of course I was delighted to take it into my collection.

It is packed away in my garage, and will be another one that will be put on my to do list for the future to check into how well it is working.

Update:  After unpacking it from the garage, I found out that all the parts and pieces were there except the foot pedal.  It came with a metal class 15 type foot petal, but not an electronic one that fit this machine.  I went on ling to try and find one, only to find out that an after market one runs about $150.  WOW!!  Even if I spent that money, there is no guarantee that it will work.  The bobbin case is rusted pretty bad.  Sigh, I was so looking forward to getting this one to work. 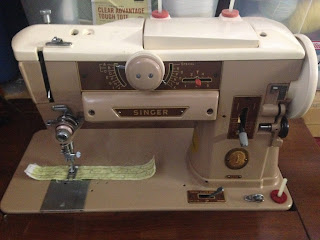 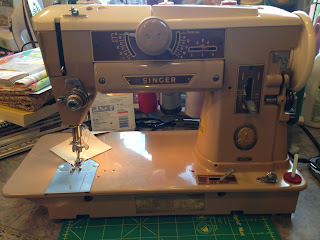 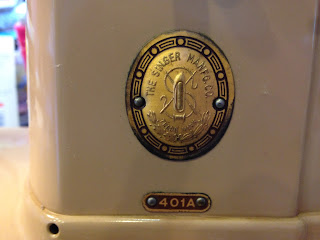 So, I walked into a quilt shop (the one where I drop off my quilts to be long arm quilted) and spotted this beauty.

was just so excited when I saw it I just asked how much, they said $50, and I said sold.   I picked it up this Friday, got it home and, oh dear, no power cord or foot pedal.  So, the hunt was on looking on eBay.  Lo and behold, I found the set, and original set no less  Whoop!  Whoop!  Placed the order, about $40, and surprise it was in yesterday's mail.

I had hubby help me get it out of the cabinet, plugged in the power cord and the foot pedal, and it worked!  I was all smiles and giggles.

Let me tell you a little bit about this machine.  It is in the same family as the Rocketeer that I posted about last fall. Both of these machines are called slant machines, as the bar that holds the sewing foot is slanted.  All other machine have a straight up and down bar to hold the feet.  The slanted bar allows you to see the fabric better as the needle does the sewing.

According to the serial number, the machine was made in 1957 at the Anderson, SC plant.  What is really nice about these two machines is, the cams that came with the Rocketeer will work in this machine, the feet are interchangeable, and both use a class 66 bobbin.

I didn't do much research on this machine when I purchased it, and just took a few pics and added it my sewing room.  Will update soon. 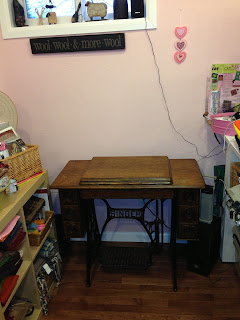 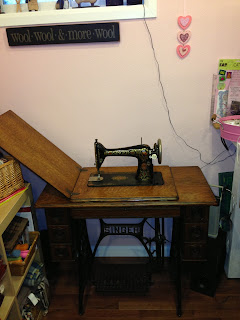 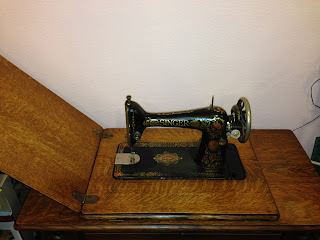